The first of three co-design sessions focused on the topic of Inclusive Feedback and Engagement. At this session participants were tasked with mapping out the journey of giving or receiving feedback from their personal experience as a group. Later in the afternoon, groups were tasked with building a prototype that could address some problems identified in the morning through their journey maps. For further details regarding this activity please visit the Co-Design Session #1: Inclusive Feedback and Engagement post.

Themes that emerged from the journey maps

Five city contexts were provided to each team to select from and create journey maps. The contexts selected by teams at this session include: Farmer’s market, Park, Street, Hospital, and Shopping Centre. Afterwards, teams were encouraged to share their personal experiences related to that city context and come up with a scenario that occurred within their selected context. Once they developed their scenario, they were asked to complete a journey map. The journey maps highlighted the actions they had taken to provide feedback, the challenges they experienced in the process, and the emotions that were elicited in response to those actions.

Common issues and concerns raised by different teams were identified during the analysis of the completed journey maps created by each team. The participants reported having difficulty navigating an indoor/outdoor space because of a lack of information, inaccessible presentation of information, or information that is too complex to understand. The participants reported that lacking knowledge about the space significantly impacted their overall experience, and that they felt excluded. Others reported that they were unable to reach those responsible for the space and keep track of the feedback they had provided due to a disconnect in the system and a lack of transparent governance. The accessibility of a physical space was another important discussion point as many felt that physical spaces such as shopping malls or parks were not accessible for mobility devices, lacked visual and auditory cues for the deaf and blind communities, and posed a safety hazard (e.g. inaccessible or absent APS at intersections). Lastly, participants also recounted instances where assistance in public spaces was provided via an intercom/robot system and they expressed a concern for their privacy sharing information to a device in public, and preferred human interactions in case of an emergency.

Participants were asked to document any wishes or ideas throughout the different steps of the journey mapping exercise. Their wishes were collected at the end of the morning session and posted on the wish board to be used for prototyping a solution in the afternoon session. For a complete list of wishes, please see the Co-design Session #1 Wish Board page.

During the afternoon session, participants were assigned to new groups. Each group selected a wish from the board and developed a prototype to make that wish a reality. Here is a brief description of each group’s prototype:

This team developed a transit system that will be accessible for people with different abilities. In this design, the names for subway lines, streetcars and buses were associated with street names that they were situated on. The names of subway stations corresponded to the intersections or major landmarks it was located on. The subway lines were color coded and used the same colours for intersecting streetcar lines. Similar font was used in subway and streetcar lines that traveled in the same direction, for example same font for North-South lines and another font for East-West lines. All the vehicles, maps, and signs were marked with textures and colors instead of numbers. Each texture was associated with a particular color. For further information about this project you can visit one of the participants’ post regarding her experience during this session. 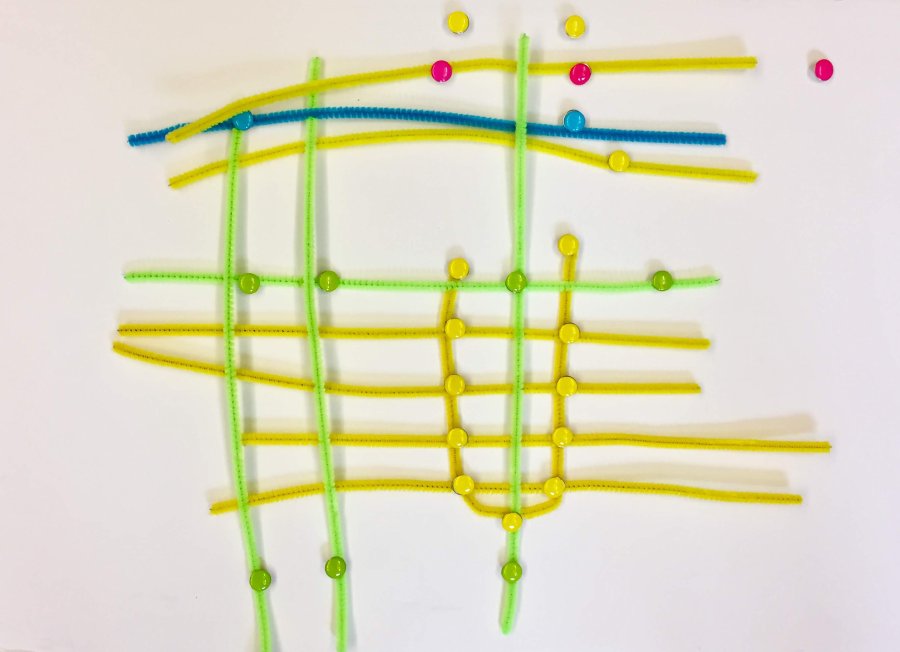 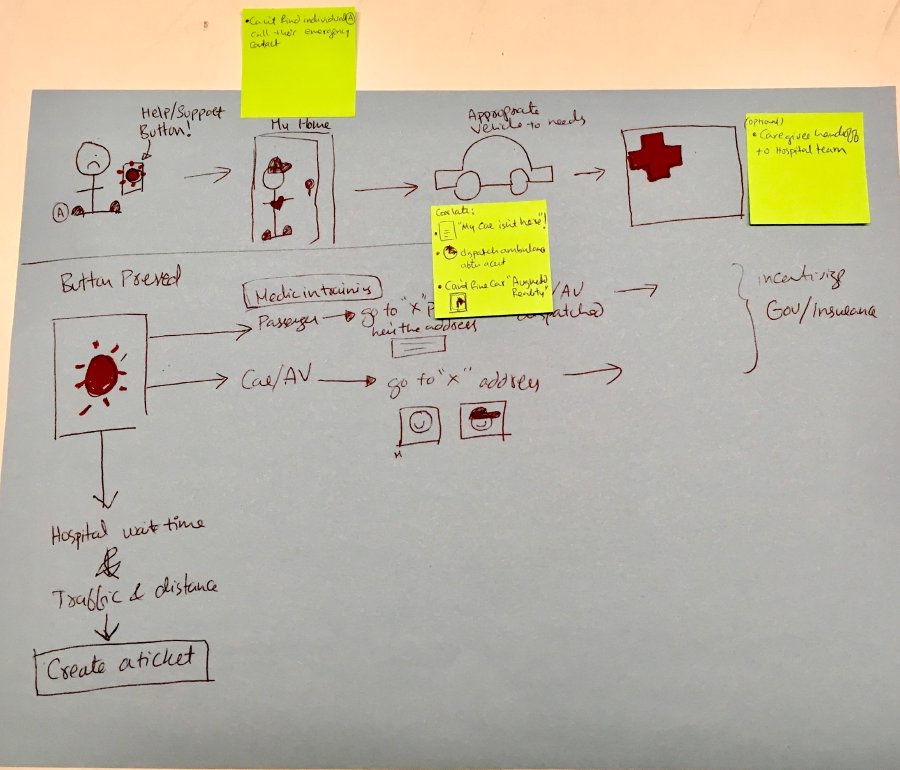 Providing information and education about accessibility

This team worked on creation of a semi-closed and accessible space that creates a refuge in busy and crowded areas. They proposed a kiosk that promotes relaxation and sensory regulation such as with plants, including water station, kids toys, and mood music and lighting. The second aspect of this kiosk is a screen that provides information about accessible transit, food, healthcare, and other social services in the area. 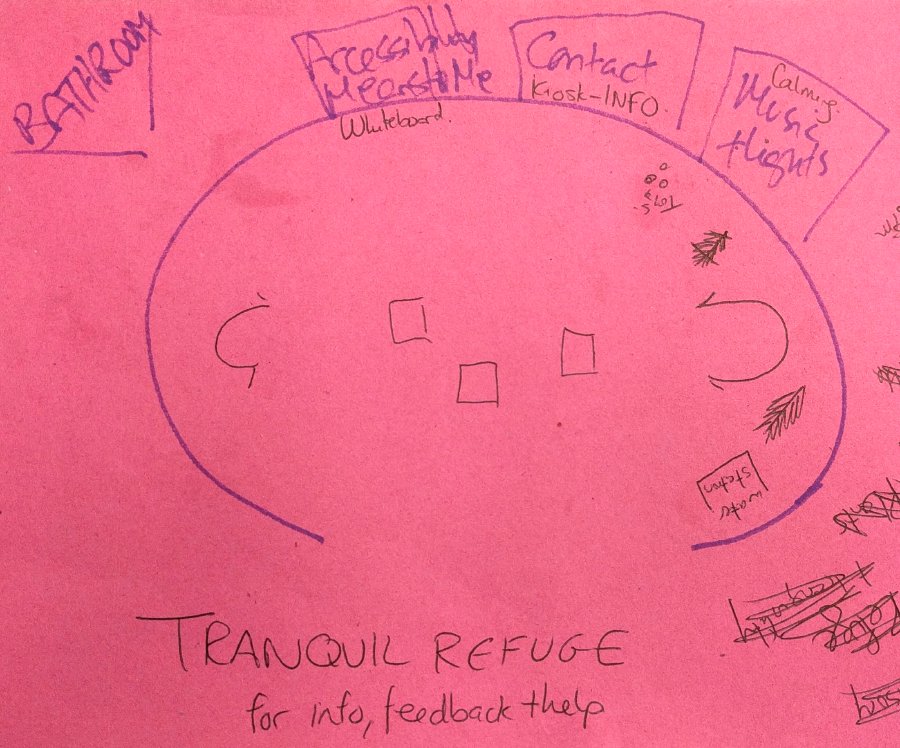 This team proposed a service to intentionally make room for fallow spaces to happen in the city. They identified fallow spaces as spaces or infrastructure hiding in plain sight due to institutional neglect, no economic interest, abandonment, or having ambiguous ownership. They plan to build a network of these pre-existing fallow spaces and provide options for people to acquire custom permits to rezone and use these spaces for different purposes. Fallow spaces can be booked through a booking system online. 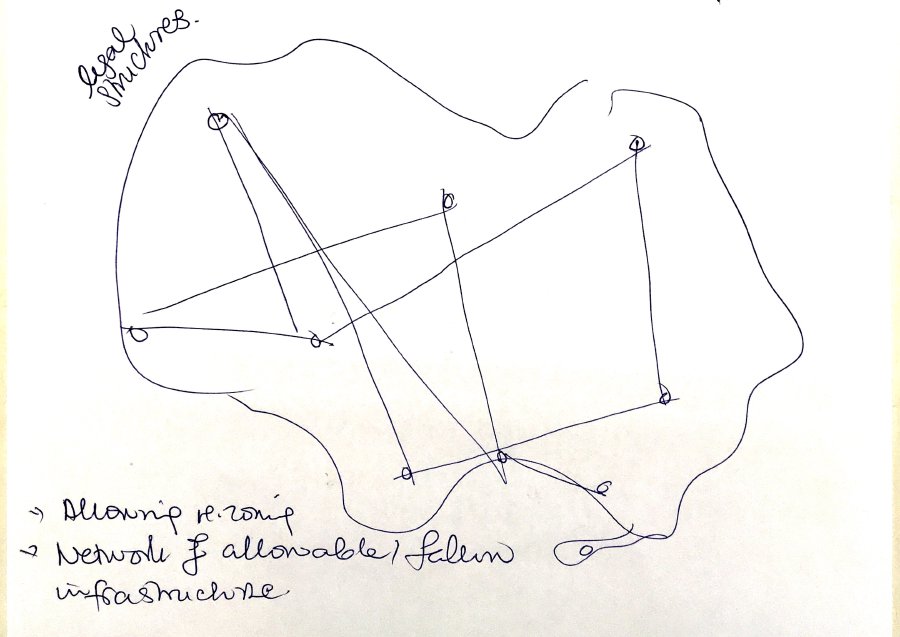 This team introduced a central dispatch system that receives calls from people who require health care. Through a triage system, the individual is provided with options by the dispatch team such as receiving health care through a mobile unit or be sent to the hospital for immediate care. The mobile unit includes tests, x-rays, lab work, and common treatment options. The mobile unit service is delivered by healthcare professionals who have access to individual medical records. The users will be able to provide feedback that other users and the doctors will have access to. 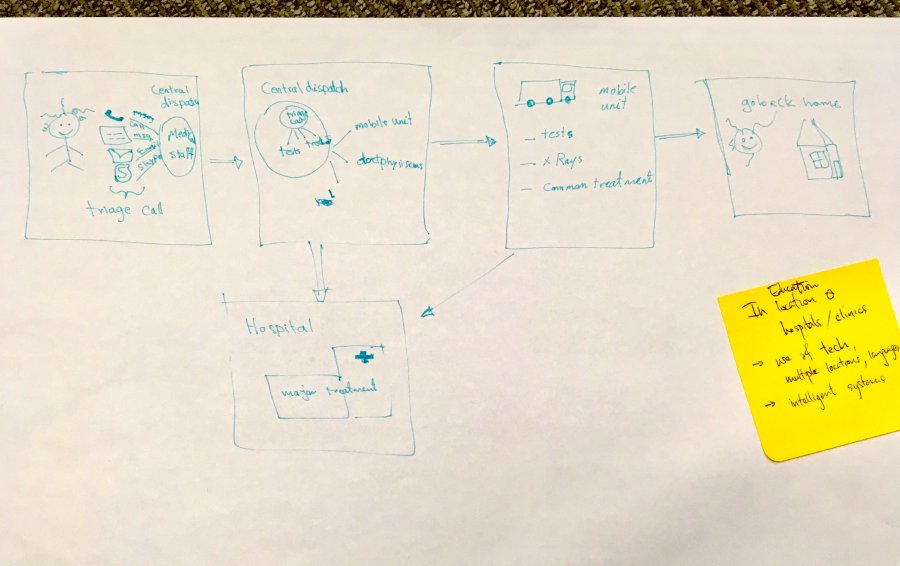 Themes that emerged from the prototypes

The prototyping activity enabled us to draw out specific qualities that the participants thought were important and should be included in the design of inclusive cities.

The group prototypes suggested that participants valued dynamic spaces that served many purposes and could be adapted to many different public uses. There was also significant emphasis on the design of spaces that provided sufficient information through multiple modalities and sensory domains to allow ease of access for all users. Other groups advocated for interconnected services that improve efficiency throughout the city. Most participants expressed that options should be given to provide feedback, receive feedback, and track their feedback and any action taken in response to their feedback. Groups also provided feedback on other prototype ideas, and commented on issues around cost, privacy, and access in the design of cities and services provided.